Wednesday, 07 October 2020_Despite recent signs of rapprochement between Turkey and the European Union (EU), ties between the two sides took a turn for the worse after Brussels threatened Ankara with sanctions and accused President Recep Tayyip Erdogan’s government of ruining the country’s chances to join the bloc. 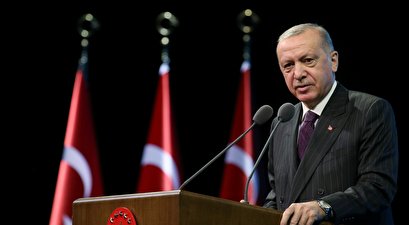 Under pressure from EU member Greece, Brussels threatened Ankara last Friday with further sanctions if it continued oil and gas drilling in the disputed areas of the eastern Mediterranean Sea.

In a conversation with German Chancellor Angela Merkel on Tuesday, President Erdogan voiced dissatisfaction with the outcome of the EU summit last week.

Erdogan “stated that the EU had succumbed to pressure and blackmail from Greek Cypriots and Greece despite Turkey’s good faith,” the Turkish presidential office said in a statement.

Erdogan said the EU had stalled Turkey’s accession to the bloc for years, including during the summit last week.

Turkey began negotiations to join the bloc in 2005, but the bid has long been stalled amid disagreements over several issues, including Cyprus.