Wednesday, 07 October 2020 _The United States has descended into “chaos” because President Donald Trump isn’t up to the job,” former first lady Michelle Obama has said, launching a blistering attack against Trump. 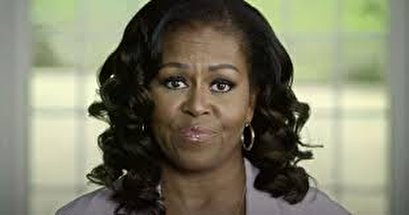 "[T]he United States has descended into 'chaos' as Trump is not 'up for the job,'" Obama said in a video posted to her social media accounts on Tuesday,

In her virtual "closing argument" ahead of the US presidential election scheduled next month, she accused the 45th President of the United States of promoting "racist" policies.

"Put yourselves in our shoes for just a moment. Imagine what it feels to wake up every day to uphold the values this country claims to be true … only for those efforts to be scorned...by a sitting president," she said.

She continued saying that Trump exaggerated about his efforts to boost the US stock market, while ruining the lives of "regular folks, whether it’s creating blue-collar jobs ... making health care more affordable ... protecting the environment ... keeping our families safe from gun violence — let alone the coronavirus — there’s nothing much to brag about."

Obama noted that the result of Trump's rhetoric and actions had been fear, division, and racism

She said that to restore true American values and to protect the livelihoods of US citizens, the onus was upon voters not to reelect, urging US voters to choose leading Democratic nominee Joe Biden as the new president.