Wednesday, 07 October 2020 _US spy agencies want to convince Americans that Iran is a "moral danger," regardless of who wins the US presidential election, says political commentator. 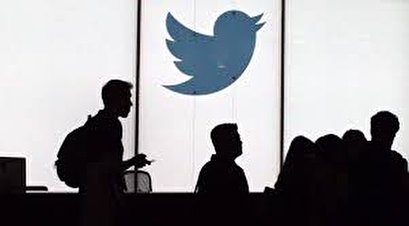 Charles Dunaway was referring to the Twitter ban of a number of Iranian accounts after the FBI said they “appeared” to originate in Iran and were disrupting the US debate  ahead of the 2020 presidential election.

"It seems that Iran has joined a very exclusive club - the club of nations accused of attempting to interfere in US elections by posting on social media. The accusations against Iran are ever more ridiculous than those against Russia and China," he said in an interview with Press TV on Wednesday.

Dunaway further denounced the mainstream media's take on the issue, noting that, "it fits so neatly into the propaganda war against Iran that is in its 41st year.

He also highlighted how the pro-Israel lobby AIPAC is taking advantage of the Twitter ban to suggest that Iran is "interfering" in US elections, while in reality, the lobbying group is the one openly manipulating the US political system.

"I suppose the $22 million dollars spent by the pro-Israel lobby in the 2018 election cycle along with over $40M in lobbying, was not interference, but a few tweets allegedly posted by allegedly Iran-linked Twitter accounts is interference? "