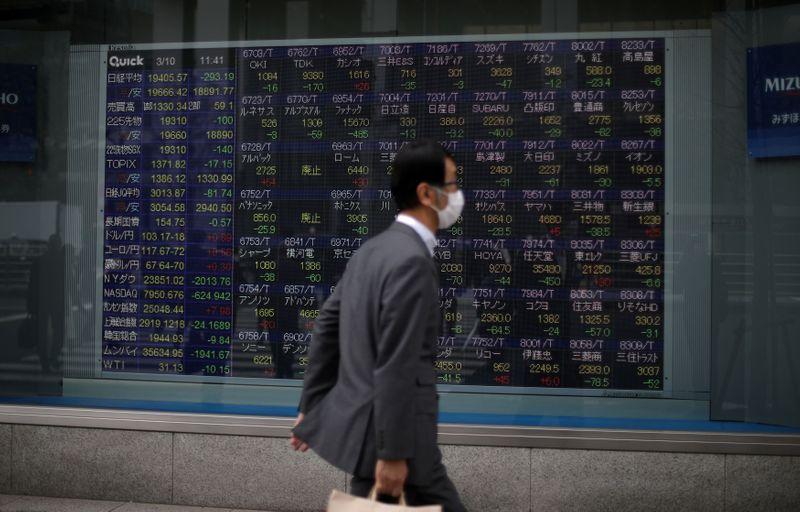 Markets are also starting to price in a Democratic sweep during the U.S. election in November as new polls show former Vice President Joe Biden with a firm lead. Investors see such an outcome making the passage of a new stimulus bill more likely.

“Even if there was no slimmed down stimulus package, there is a greater chance of a larger stimulus package later,” National Australia Bank analyst Tapas Strickland said of a potential Biden victory.

Gains in Asian futures were more muted ahead of a U.S. employment data release that’s expected to show the recovery in the world’s largest economy losing steam. Economists forecast a decline in jobless claims however, continued claims are expected to remain firmly above 10 million.

Many members of the Federal Open Market Committee said their economic outlook assumed additional fiscal support, according to U.S. Federal Reserve minutes released on Wednesday. Central bank officials believe if aid packages are too small or too late, the economy is in for a weak recovery.

Fresh stimulus hopes prompted a rally in gold and tamped safe-haven demand for U.S. Treasuries and the dollar.

In energy markets, oil prices dropped due to a larger-than-expected increase in inventories.