Thursday, 08 October 2020_European Union foreign policy chief Josep Borrell has reiterated his resolve to preserve the 2015 nuclear agreement between Iran and world powers, emphasizing that all sanctions lifting commitments under the deal persist despite US attempts to the contrary. 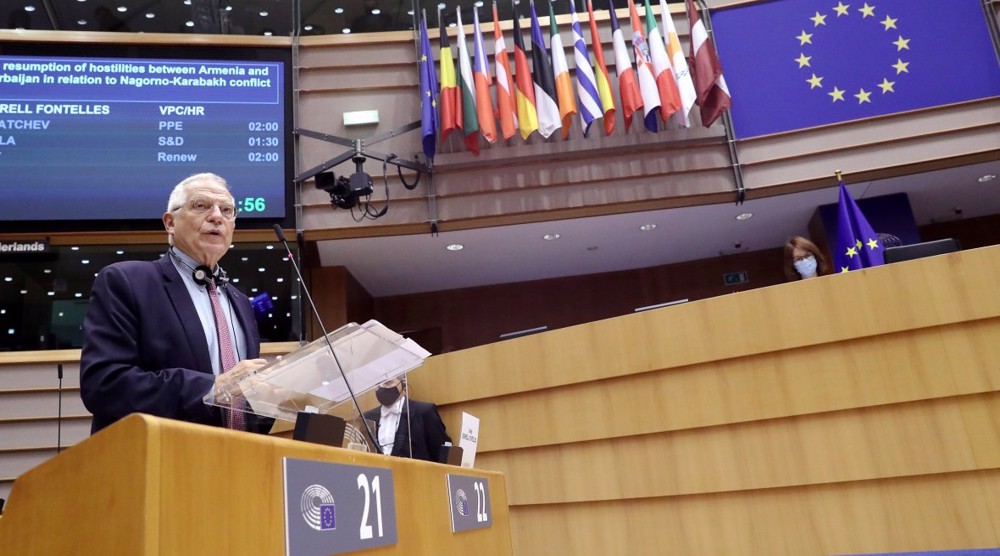 Speaking Wednesday at the European Parliament plenary debate on Iran, Borrell said the Joint Comprehensive Plan of Action (JCPOA) is “in our very own European security interest” and “continues to deliver.”

He also expressed regret over the US departure from the JCPOA in May 2018 and subsequent re-instatement of severe sanctions against Iran, noting that the full implementation of the multilateral accord remains crucial to salvage efforts.

“I want to be clear: As Coordinator – because the High Representative acts as coordinator of the JCPOA – I will continue to do everything possible to ensure the preservation and full implementation of the nuclear deal by all parties,” the top EU diplomat said.

Borrell also stressed that Iran is the most monitored country in the world by the International Atomic Energy Agency (IAEA) with now almost 400 inspections per year.