Friday, 09 October 2020 (YJC)_ Democratic presidential nominee said he is withholding his position on the pivotal issue of expanding the Supreme Court until after Election Day. 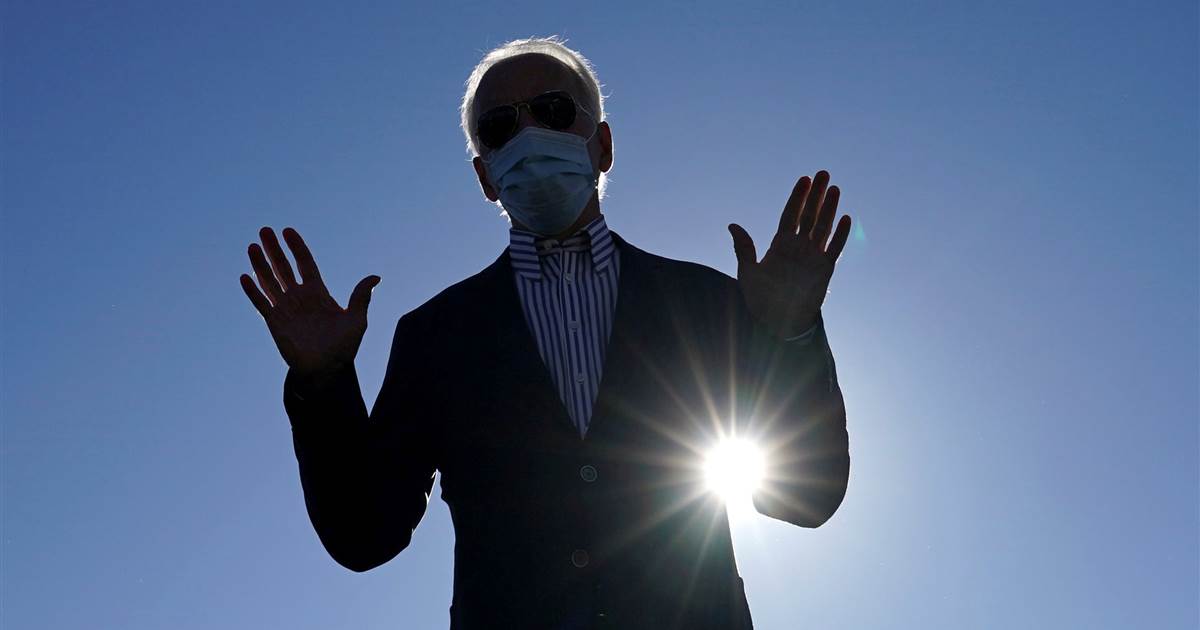 Democratic presidential nominee Joe Biden on Thursday refused to say whether he supports adding additional seats to the Supreme Court, saying he won't reveal his position until after the November election.

"You'll know my opinion on court packing when the election is over," Biden said during a campaign stop in Phoenix.

"It's a great question, and I don't blame you for asking. But you know, the moment I answer that question, the headline in every one of your papers will be on the answer to that question," he said.

Biden suggested that major media coverage of his stance on the Supreme Court would needlessly distract from "what's going on" in America.

The Democratic nominee has repeatedly refused to say whether he backs adding more seats to the court following the death of Justice Ruth Bader Ginsburg last month.

President Trump and Republicans have warned that Biden and other leading Democrats wish to "pack" the high court with liberal justices to offset an expected strengthened conservative majority that would result from the confirmation of Justice Amy Coney Barrett, Trump's pick to replace Ginsburg on the court.

Biden similarly refused to give a definitive answer on Supreme Court seats during last week's debate against Trump.

“Whatever position I take in that, that'll become the issue,” Biden said. “The issue is the American people should speak. You’re voting now. Vote, and let your senators know how you feel.”