China joins WHO plan for global distribution of COVID-19 vaccine

Friday, 09 October 2020_China has joined a global initiative, backed by the World Health Organization (WHO), to help an equitable distribution of coronavirus vaccines, in a move that is expected to anger US President Donald Trump, who already rejected the plan. 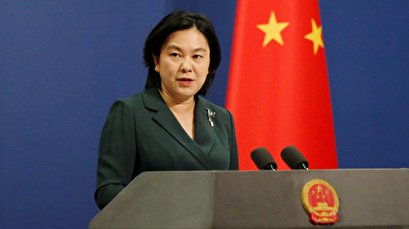 “We are taking this concrete step to ensure equitable distribution of vaccines, especially to developing countries, and hope more capable countries will also join and support COVAX,” Hua said on Friday.

China made the decision although it is “leading the world with several vaccines in advanced stages of R&D and with ample production capacity,” according to the spokeswoman.

Details of China’s funding commitment weren’t immediately disclosed, but Hua said later in the day that the country would supply vaccine doses for 15 million people as part of the plan.

China, the first ever nation to report the coronavirus infection late last year, has at least four experimental vaccines in final stages of clinical trials.

COVAX currently has nine vaccines in development and nine under evaluation in its portfolio, with the intent to secure 2 billion doses by 2021.

Back in May, Chinese President Xi Jinping pledged $2 billion over the next two years to tackle the pandemic.