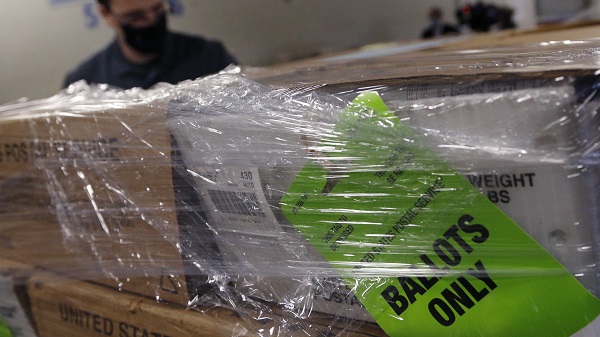 About 50,000 voters in Ohio received inaccurate absentee ballots for the Nov. 3 general election, according to election officials.

The Franklin County Board of Elections said in a statement on Friday that 49,669 voters received inaccurate ballots out of the 237,498 that were sent through the United States Postal Service.

The board said Friday that it has already begun the process of printing replacement ballots which will be sent to the Postal Service within 72 hours for delivery.

“Every voter who received an inaccurate ballot will receive a corrected ballot,” the board said. In addition, the board will send out postcards to all impacted voters to explain what happened, and their options for voting moving forward.

The board continued, stating that multiple safeguards have been put in place to ensure voters get one ballot, including addressing redundancies.

The board announced Tuesday that it was conducting an analysis of all absentee ballots after it became aware that some voters were mailed incorrect ballots.

The error happened on Saturday when someone changed a setting on a machine that places absentee ballots into mailing envelopes, county election officials said Thursday, according to The Associated Press.

Mail-in ballots have become a hot-button issue due to the coronavirus pandemic, as in-person voting could put voters at risk for infection.

A record number of absentee ballots are already being cast.

Ohio Secretary of State Frank LaRose (R) announced Tuesday that 2,154,235 absentee ballot applications have been received across Ohio’s 88 counties as of Oct. 2. That number is up from 1,091,188 absentee ballots requested at the same time in 2016.

The news caught the attention of President Trump, who has repeatedly alleged that mail-in voting will lead to widespread voter fraud despite the lack of evidence to support his claim.

The board responded to Trump’s tweet, saying it was “a serious mistake that we’re working hard to make right. Our board is bipartisan and our elections are fair. And every vote will be counted.”