Saturday, 10 October 2020_The US Commission on Presidential Debates has cancelled the second showdown between Donald Trump and Joe Biden after the president declined to do a virtual debate. 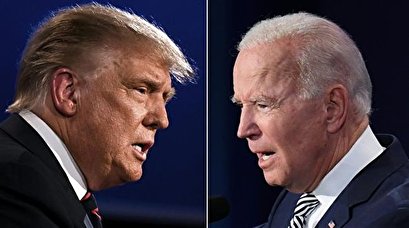 Each (candidate) now has announced alternate plans for that date," the commission said in a statement on Friday. "It is now apparent there will be no debate on October 15."

The commission announced on Thursday that it was converting the town hall debate to a virtual affair out of an abundance of caution because Trump had tested positive for Covid-19.

However, Trump refused to participate, saying he is not going to waste his “time on a virtual debate.”

The second debate was initially scheduled to be held in person next Thursday in Miami.

The commission is to host three debates between Trump and Biden and one vice presidential debate between the two nominees’ running mates.

Speaking to reporters on Thursday, Biden said he would follow the recommendations of the debate commission, adding that he did not know what action he would take if Trump refused to take part.

Trump’s campaign on Friday accused the commission “biased” toward Biden.

“There is no medical reason to stop the October 15 debate in Miami from proceeding as scheduled, since the President will be healthy and ready to debate,” Trump campaign spokesman Tim Murtaugh said.

The final debate is scheduled for October 22 in Nashville, Tennessee.

In the middle of the night on Thursday, October 1, Trump announced that he had tested positive for the coronavirus and a day after was admitted to the Walter Reed National Military Medical Center. However, he left the hospital on Monday and went back to the White House, where he is expected to continue his recovery.

Share to
Related News
Biden: 'chicanery' at polls is the only way I may lose the election
US: People who attended Donald Trump Rally Contracted Coronavirus
Tags
recovery ، Trump balked ، Organizers
Your Comment