Saturday, 10 October 2020_Yemen’s popular Houthi Ansarullah movement has censured the World Food Program (WFP) over failing to stop famine in the war-ravaged country, where the current level of hunger is unprecedented and millions of people are suffering severe hardship. 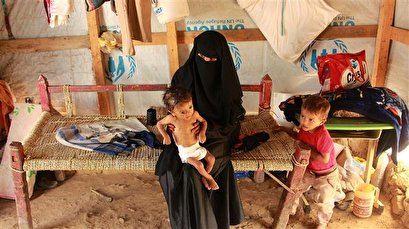 Talaat al-Sharjabi, a spokesman for the movement, told AFP news agency on Friday that the WFP had “largely failed in the biggest task for which it was chosen (for the Nobel Peace Prize), and that is combating hunger.”

“A large number of people suffer from malnutrition... and there is also a failure on the WFP's part to be neutral in terms of humanitarian aid distribution,” he said.

Sharjabi’s remarks came shortly after the WFP won the 2020 Nobel Peace Prize for what was described as its efforts to combat hunger and food insecurity around the globe.

The announcement was made in Oslo by Berit Reiss-Andersen, the chair of the Nobel Committee.

The Nobel Committee said the coronavirus pandemic has worsened a hunger crisis faced by millions of people around the world and called on governments to ensure that WFP and other aid organizations receive the financial support necessary to feed them.

The United Nations has already painted a bleak picture of the hunger crisis gripping Yemen, calling it the “world's worst humanitarian crisis.”

United Nations agencies warn of an “alarming increase" in the number of people facing "acute food insecurity” in Yemen amid a crippling siege by the Saudi-led military coalition and the coronavirus pandemic.