US maximum pressure campaign immense pressure on all Iranians

Saturday, 10 October 2020_Several rounds of unilateral American sanctions have failed to produce tangible results for Washington yet have seriously hurt the economy and caused the Iranian currency to fall to unprecedented low levels, making life hard for ordinary Iranians. 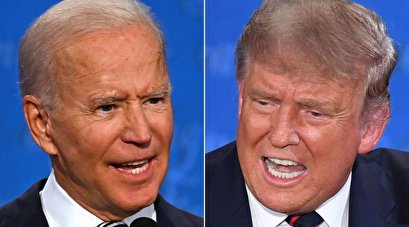 US president Donald trump has done his utmost since taking office in 2017 to bring Iran to its knees, a goal which still eludes him. Ever since, he has been on the receiving end of fierce criticism regarding his aggressive but largely futile policy towards Iran

Trump’s tough line on Iran, including his unilateral withdrawal from the Iran Nuclear deal, has come under much criticism from his Presidential rival, Joe Biden as well as a large number of other democrats.

They argue that the American president’s signature maximum pressure campaign has piled immense pressure on ordinary Iranians but it is failing to produce the desired results. The White House, however, remains obstinate and refuses to change course.

On Thursday, the Trump administration imposed new sanctions on Iran’s financial sector. It blacklisted 18 more Iranian banks in an attempt to further shut the West Asian power out of the global banking system.

With this move, should the remaining banks that still have access to foreign currency essentially be frozen out this will only further diminish the channels that Iran utilises to import important humanitarian goods such as food and medicine. Therefore, as such, one can only conclude that this latest round of sanctions in conjunction with all of the sanctions that have already been placed on Iran are designed to harm the Iranian civilian population and specifically the weakest members of Iran's civilian population.

Iran has already been subjected to several rounds of unilateral American sanctions which have seriously hurt the economy and caused the Iranian currency, the rial, to fall to unprecedented low levels. Decreased purchasing power has made life hard for the average Iranian.

Share to
Related News
US: Trump hopes to reach a last-minute nuclear arm deal with Putin
Biden: 'chicanery' at polls is the only way I may lose the election
US: People who attended Donald Trump Rally Contracted Coronavirus
Tags
pressure ، campaign ، united states
Your Comment