Another US convoy smuggles Syrian oil to Iraq: SANA 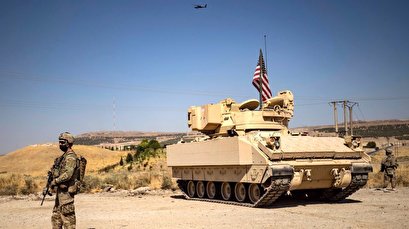 Syria’s official SANA news agency reported on Saturday that the US convoy had left Syria’s northwestern Hasakah Province heading for the Iraqi territories through the illegal al-Walid crossing in al-Yaroubia area.

The US, in collusion with the so-called Syrian Democratic Forces (SDF), a US-backed alliance of Kurdish militants operating against Damascus, controls most of the oil fields in al-Jazira.

Over the past months, thousands of trucks carrying weapons and military and logistical equipment have entered the region.

In October 2019, US President Donald Trump said Washington would be willing to fight for Syria’s oil.

“We may have to fight for the oil. It’s OK,” he said. “Maybe somebody else wants the oil, in which case they have a hell of a fight. But there’s massive amounts of oil.”

The following month, Trump insisted that the US military presence in Syria was “only for the oil,” contradicting his own officials who had claimed that the remaining forces were in the war-stricken country to fight the Daesh terrorist group.