IAEA: Iran ‘doesn’t have significant quantity’ of material for nukes

Sunday, 11 October 2020_The International Atomic Energy Agency (IAEA), which monitors Iran’s nuclear activities, has given assurances that the country is not in possession of enough enriched uranium to develop an atomic weapon. 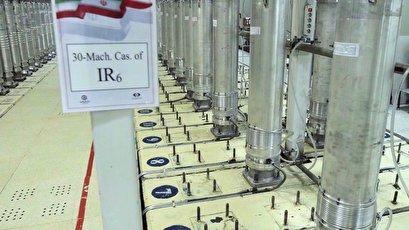 In an interview with Austrian paper Die Presse published on its website on Saturday, IAEA Director General Rafael Grossi was asked about Iran’s “breakout” time — the period it would take to produce enough nuclear material for one weapon.

Iran signed the nuclear Non-Proliferation Treaty (NPT)  — whose aim is to prevent the spread of nuclear arms and weapons technology — in July 1968 and ratified it in February 1970.

The Islamic Republic has repeatedly asserted that it has never sought and will never seek nuclear arms based on a fatwa (religious decree) issued by Leader of the Islamic Revolution Ayatollah Seyyed Ali Khamenei. The fatwa bans the production, possession and stockpiling of nuclear weapons and other weapons of mass destruction.

Elsewhere in his interview, Grossi confirmed Tehran’s suspension of some of its commitments under a nuclear deal, saying, “The Iranians continue to enrich uranium, and to a much higher degree than they have committed themselves to. And this amount is growing by the month.”