Iran’s refining capacity up by 24%, second largest in OPEC: Report

Sunday, 11 October 2020_Iran’s capacity for refining crude and other products has increased by nearly a fourth in four years to 2020 to become the second largest in the Organization of Petroleum Exporting Countries (OPEC). 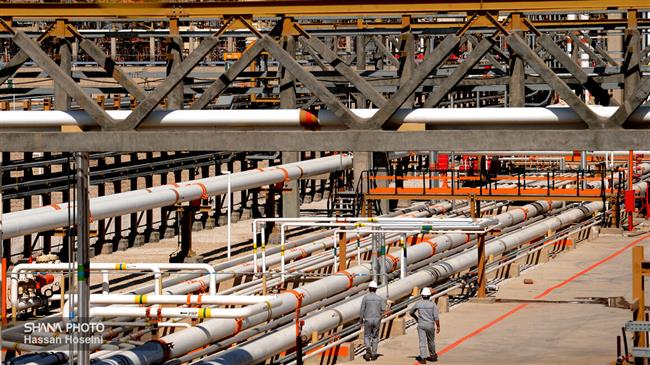 In a report published on Sunday, Iranian Oil Ministry’s news service Shana cited figures from OPEC’s annual bulletin showing that Iran’s refining capacity had increased by 23.58 percent compared to 2016 to reach a total of 2.201 million barrels per day (bpd).

The report said the new capacity puts Iran behind Saudi Arabia, the leading OPEC member by refining capacity at 2.896 million bpd, down from 2.934 million bpd recorded in 2015.

Iran has replaced Venezuela in the OPEC ranking, said the report, adding that the South American country’s capacity remained stable between 2015 and 2019 at 1.891 million bpd.

The figures are a fresh sign that a series of sanctions imposed by the United States on Iran’s exports of crude have hardly impacted the country’s actual production.

The bans, enacted in November 2018 and toughened in May 2019, have caused a boom in the downstream section of the Iranian oil and gas industry with refineries currently pumping record amounts of fuels and other products.

Share to
Related News
The representative of Iran: International community must unite against US unilateralism
Tags
OPEC ، refining ، capacity
Your Comment