Condolences pour in after passing of legendary Iranian singer 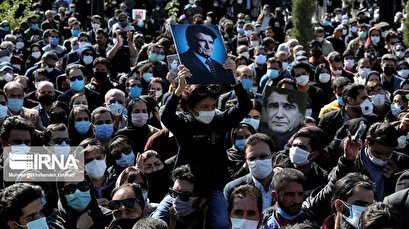 Shajarian, the country’s most prominent and internationally-acclaimed vocalist in the area of classical Persian music, passed away at the capital Tehran’s Jam Hospital at 80 on Thursday after suffering from kidney cancer for close to two decades.

Shajarian’s vocal genius heartened successive generations with countless live performances and as many as 60 albums. His body was laid to rest at renowned Persian poet Ferdowsi Tousi’s Mausoleum in northeastern Iran.

Audrey Azoulay, director-general of the United Nations’ cultural body UNESCO, lamented his demise in a Persian tweet, in which she called the virtuoso “the deathless legend” of the classical Persian music.

Azoulay reminded that Shajarian’s career won him UNESCO’s Picasso Medal in 1999 over his contribution to the enrichment and development of music, and the organization’s Mozart Medal in 2006.