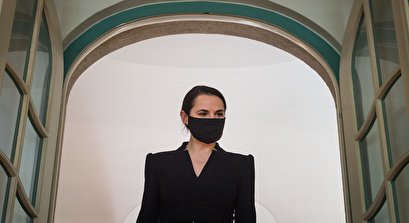 Tsikhanouskaya said in a statement on Tuesday that the strike would happen unless Lukashenko announced his resignation and the government halted what she called violence and released political prisoners by October 25.

"If our demands are not met by Oct. 25, the whole country will be out on the streets, peacefully,"  Tsikhanouskaya said from exile in Lithuania’s capital, Vilnius.

"On Oct. 26, all enterprises will begin a strike, all roads will be blocked, state-owned stores will no longer have any sales," she said.

Belarus has been experiencing unrest since the August presidential election, which Lukashenko won. Tsikhanouskaya, Lukashenko's main political opponent, rejected the official results of the vote and claimed there had been voter fraud. Western governments came out in her support, repeating the allegations of vote rigging.

The European Union (EU) has imposed sanctions against 40 Belarusian officials, but not Lukashenko himself, over the allegations of vote rigging and a purported crackdown on dissent.

During rallies on Monday, police fired tear gas and stun grenades to disperse a crowd of opposition supporters and pensioners who had gathered in the capital, Minsk, for a demonstration against Lukashenko. The Interior Ministry said that opposition protests had turned radical and thus law enforcement forces would be allowed to use live ammunition in the streets if needed.