Tuesday, 13 October 2020_China’s Foreign Minister Wang Yi has called on Asian nations to remain “vigilant” in the face of the United States’ strategy of fueling geopolitical tensions in the South China Sea and other parts of the region. 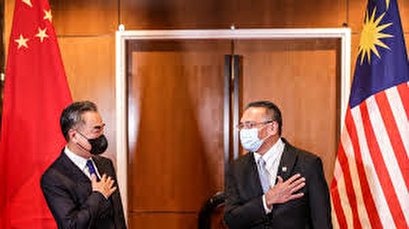 Speaking at a joint press conference with his Malaysian counterpart on Tuesday, Wang further described Washington’s Indo-Pacific strategy as a “security risk” to East Asia.

“What it pursues is to trumpet the old-fashioned Cold War mentality and start up confrontation among different groups and blocks, and stoke geopolitical competition,” the Chinese foreign minister said, referring to the United States.

“I believe all parties see this clearly and will stay vigilant against it,” he added during his short visit to Malaysia as part of his current tour of Southeast Asian countries.

“We (China and Malaysia) are both of the view that the South China Sea should not be a ground for major power wrestling teeming with warships,” the top Chinese diplomat further said.

“China and ASEAN (the Association of South East Asian Nations) have full capacity and wisdom, as well as responsibility to maintain peace and tranquility in (the) South China Sea,” he added, noting that Beijing and ASEAN member nations should work together to remove “external disruption” in the key waterway.

Malaysia’s Foreign Minister Hishammuddin Hussein also said during the press briefing that disputes over the South China Sea had to be resolved peacefully through regional dialog.

China, which has for years warned against military maneuvers by the US and its regional allies in the disputed South China Sea, says the strategic waterway and maritime boundaries in it are a regional affair and extra-territorial interference should be disallowed.

The remarks by Wang came just days after China’s military censured another intrusion of a US warship into its territorial waters near the disputed Xisha Islands in the South China Sea without authorization from Beijing and demanded an end to “such provocative actions.”