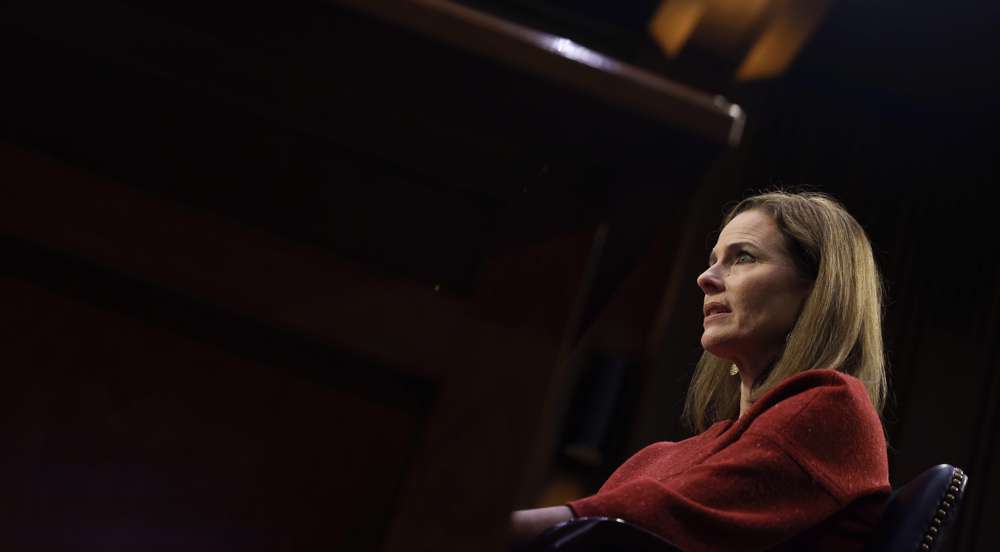 Amy Coney Barrett’s Supreme Court hearing at the Senate lays bare the depth of hypocrisy and dysfunctional democracy in the United States.

Today Judge Coney Barrett would not say whether voter intimidation is illegal.

Just to be clear: voter intimidation IS illegal. It’s explicitly outlawed (in 18 USC 594 to be exact).

In the first day of questions in her confirmation hearing, US President Donald Trump's nominee dodged questions on the GOP's apparent plan to abolish the Affordable Care Act soon after the November 3 election.

“I’ve made no commitment to anyone about how I would decide any case,” Barrett emphasized before the Senate panel Tuesday, adding that Trump and his staffers had not discussed how she should rule on specific cases. “I am not hostile to the ACA. I am not hostile to any statute that you pass... I apply the law, I follow the law, you make the policy.”

I asked Amy Coney Barrett whether she had seen or heard statements before her nomination from Donald Trump promising to nominate judges who would rule against the Affordable Care Act.

Pressed directly about the president’s power to delay an election, she refused to take a straightforward stance.

“If that question ever came before me, I’d need to hear arguments from the litigants and read briefs and consult with my law clerks and talk to my colleagues and go through the opinion-writing process,” she said. “So, you know, if I give off-the-cuff answers, then I would be basically a legal pundit, and I don’t think we want judges to be legal pundits. I think we want judges to approach cases thoughtfully and with an open mind.