Wednesday, 14 October 2020_The International Committee of the Red Cross (ICRC) has warned of humanitarian and health crisis in the disputed Nagorno-Karabakh region amid continued fighting between Azerbaijan and Armenia despite a ceasefire. 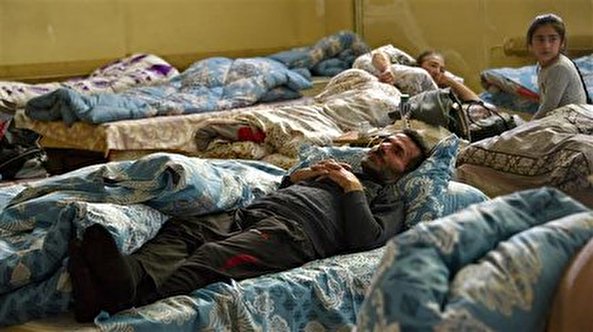 Martin Schweb, director of the ICRC in the Eurasia region, said in a statement on Tuesday that “hundreds of thousands” of people across the region were affected, with healthcare services coming under strain and even attacked in some cases.

“Today, after two weeks of violent battles that unfortunately are still intensifying (…) we see that there are hundreds of thousands of people affected in the region,” Schweb said.

"Civilians are dying or suffering life-changing injuries," he added. "Homes, businesses and once-busy streets are being reduced to rubble."

Karabakh is internationally recognized as part of Azerbaijan, but it is held by ethnic Armenian separatists backed by Armenia since 1992 when they broke from Azerbaijan in a war that killed some 30,000 people.

In 1994, a ceasefire was put in place and France, Russia and the US — known as the “Minsk Group” — were tasked with finding out a lasting resolution to the conflict. But for decades, the group has failed to stop sporadic outbreaks of fighting and implement four UN resolutions which demand that military forces leave the occupied territories and hand them over to Azerbaijan.

The latest fighting over the region began on September 27 and has claimed hundreds of lives, with each side blames the other for instigating the deadliest fighting since 1994.

A ceasefire was reached in the early hours of Saturday between the two sides during talks in Russia.