Wednesday, 14 October 2020_As Israel has just signed normalisation deals with both Bahrain and the UAE, Israeli born professor and filmmaker, Haim Bresheeth has just launched his newest book, detailing how Israel became the entity that it is today. 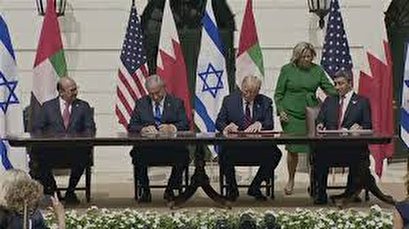 The book, entitled ‘An Army Like No Other’ ‘How The Israeli Defence Forces Made A Nation’, addresses how Israel’s occupation forces influence and have formed the entity which is currently occupying Palestine.

For many in the Western General public, the question of how Israel was created is somewhat clouded and it is generally agreed upon that Israel is the only democracy in the Middle East, a claim that professor Bresheeth categorically refutes in his newest book.

Another interesting aspect of the book, delivers an insight on Israeli society, from Haim Bresheeth view, having been in the military during the June 1967 war, as the son of Nazi holocaust survivors.

With the ongoing occupation and ethnic cleansing of Palestinians, books like professor Bresheeth give insider insight into how Israel has created today’s oppressive circumstances and how Israel’s occupation forces play a key role in that oppression.