Wednesday, 14 October 2020_The fallout from the UK’s Covid-19-induced recession is intensifying as the pandemic continues to batter the jobs market in the sixth largest economy on earth. 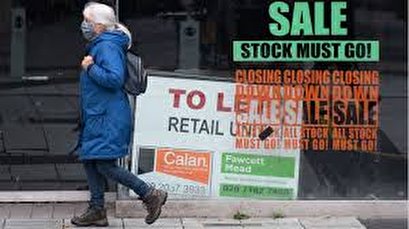 The unemployment rate soared to 4.5% in the three months to August, that’s an estimated 1 and a half million people out of work, according to the Office for National Statistics. Redundancies hovered at nearly 23 thousand.

Most affected: young people between 16 and 24 years of age accounting for 60 percent of the fall in employment. There’s also been a 1.5 million rise in the number of people claiming work related benefits.

The large number of redundancies has occurred in sectors such as hospitality, travel and recruitment. In the food and beverages sector, for example, the largest sector in the hospitality industry in this country, the government imposed 10 o’clock curfew has been major contributor.

The government will replace its furlough scheme that pays employees 80 percent of their furloughed workers’ wages, with a less generous wage support package in November. Trade union body the TUC says the UK is on the "precipice of an unemployment crisis". For now, reassuring words from the government to allay frayed nerves.

Experts say the prospect of the latest Covid-19 restrictions leading to the economic recovery stalling if not going into reverse after its modest gains during the summer, means that worse times lay ahead.