Wednesday, 14 October 2020_A top economic adviser to Donald Trump, has strongly criticized the US president's "crappy performance" at the first 2020 presidential debate against Joe Biden. 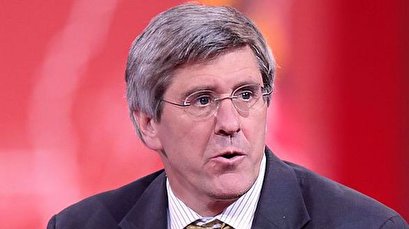 Speaking at the Election Protection Summit in Washington, DC. Stephen Moore said, “It was not a great performance by Trump.” "In fact, I thought it was a pretty crappy performance."

“Oh my God, he was so bad in that debate, just awful," Moore said.

Moore admitted to the audience at the FreedomWorks conference he didn't think Trump would be "going into the White House anytime soon."

However, Moore said Trump improved "in the second and third debate ... and that's what's going to happen ... God-willing." Moore was quoted as saying the November 3 election this year would be “really tight".

The first 2020 presidential debate between Trump and Biden was held on September 29 in Cleveland, Ohio.

During the tumultuous debate, which was moderated by Fox News journalist Chris Wallace who struggled to maintain control over the event, Trump repeatedly interrupted Biden with angry comments and personal jabs. Trump also refused to condemn white supremacists who supported him.