Wednesday, 14 October 2020_A high-ranking United Arab Emirates (UAE) official has accused the Palestinians of “ingratitude” and “lack of loyalty” after Ramallah’s envoy to France harshly criticized the Persian Gulf state and Bahrain over singing normalization agreements with the Israeli regime. 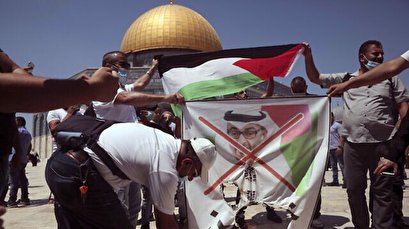 “I was not surprised by the statements made by the Palestinian Ambassador to Paris [Salman El Herfi], and his ungrateful discussion of the Emirates,” Anwar Gargash, the UAE’s minister of state for foreign affairs, wrote in Arabic on his Twitter account.

“We have grown accustomed to the lack of loyalty and the ingratitude. We proceed toward the future confident in all our actions and beliefs,” he added.

Earlier, El Herfi told French magazine Le Point in an interview that UAE and Bahrain “have become more Israeli than Israel” itself and are violating the Charter of the United Nations.

The Palestinian diplomat said that the UAE had long abandoned the Palestinian cause and that he wasn’t surprised by Abu Dhabi’s decision to normalize with Tel Aviv.

“The only new thing was the formalization of this relationship. I thank them (UAE officials) for having revealed their true face,” he said.

“The truth is that the Emirates were never at the Palestinians’ side,” El Herfi went on, noting that the UAE froze aid for the Palestine Liberation Organization (PLO) back in 1985.

He said the UAE and Bahrain violated a long list of Arab League and UN resolutions by normalizing ties with Israel.

The Palestinian ambassador also denounced the two deals as “pure propaganda,” saying they had neither parliamentary approval nor public support.