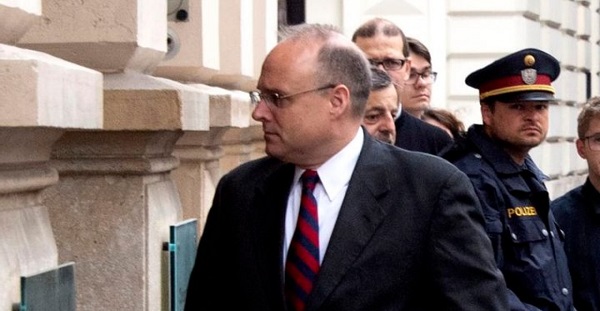 U.S. and Russian officials have offered conflicting accounts over arms-control talks, plunging the fate of their last remaining bilateral nuclear-arms pact deeper into uncertainly months before it is set to expire.

The U.S. envoy for arms control, Marshall Billingslea, suggested on October 13 that Washington and Moscow had reached "an agreement in principle" to extend New START for an unspecified period.

The 2010 treaty limits strategic nuclear weapons and is due to expire in February, although it can be extended for five years.

Billingslea cut short a trip to Asia last week to fly to the Finnish capital of Helsinki for a new round of 11th-hour arms-control talks with his Russian counterpart, Deputy Foreign Minister Sergei Ryabkov, under the impression the two sides would reach a breakthrough compromise.

"We are in fact willing to extend the New START treaty for some period of time provided that they, in return, agree to a limitation -- a freeze -- on their nuclear arsenal," Billingslea said on October 13 at the Heritage Foundation, a conservative Washington think tank.

"We believe that there is an agreement in principle at the highest levels of our two governments," he said, suggesting an informal agreement between U.S. President Donald Trump and his Russian counterpart, Vladimir Putin.

Billingslea said the freeze should include short-range, tactical nuclear weapons systems, something that is not covered under New START.

"But with so many differences, I cannot imagine on what basis our colleagues in Washington are putting out such theories," he told the RIA Novosti news agency.

The Russian diplomat said Moscow would not agree to any extension of New START before the November 3 U.S. election.

"If the Americans need to report to their superiors something about which they allegedly agreed with the Russian Federation before their elections, they will not get it," Ryabkov said.

Joe Biden, who leads Trump in all major polls, supports extending New START "to use that as a foundation for new arms control arrangements." If Biden wins, the treaty will expire just weeks after he is inaugurated.

Biden calls the treaty--which was negotiated when he was vice president under President Barack Obama--an "anchor of strategic stability between the United States and Russia."

The Trump administration wants any new nuclear arms-control treaty to cover all types of warheads, stronger verification and transparency measures, and bring China on board.