More than 14 million Americans have cast ballots in early voting so far: Analysis

Thursday, 15 October 2020_Weeks before Election Day, 14 million people have already voted in the presidential election, according to an analysis by the United States Election Project. 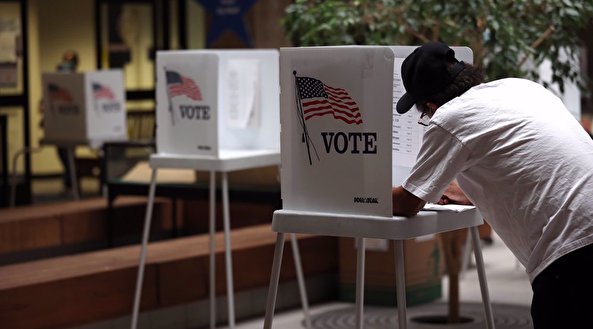 The figure, which includes absentee and in-person early voting, represents about 10 percent of the total 2016 turnout. In several individual states, however, a larger proportion has voted. In Vermont, 95,885 people have voted, nearly 30 percent of those who voted in the state in 2016.

Meanwhile, in Wisconsin, South Dakota and Virginia, turnout has reached about 25 percent of the last presidential election’s levels.

Georgia saw an increase of more than 40 percent from 2016, with 128,590 votes cast on Monday, the first day of early voting, according to BuzzFeed News.

Texas and Kentucky also saw heavy turnout on Tuesday, the first day of early voting. Harris County, Texas, called the 68,000 who cast their votes a record for the first day.

We've had a record first day of Early Voting in Harris County. So far over 68,000 votes have been cast, beating the 2016 record.

Tuesday was also the deadline for same-day voter registration in several states, including Kansas, Oregon, West Virginia and Virginia. Virginia’s voter registration system crashed for several hours after a cable was cut, which state officials said was accidental. A lawsuit filed by voting rights advocates in the commonwealth seeks to extend registration another 48 hours.

University of Florida professor Michael McDonald, the director of the U.S. Elections Project, told NPR in late September that turnout for non-Election Day voting had likely surged as states expanded their options due to the coronavirus pandemic.

“There are three driving factors here. One is simply that states have relaxed their laws. Maybe it was through changes that were already in place or as an emergency for the pandemic. And in the latter case, we've seen many people requesting mail ballots and voting in-person early in order to socially distance,” he said. “The other big factor, though, that's going on here is that there are lots of people who really are enthused to vote, and they're casting their ballots early.”