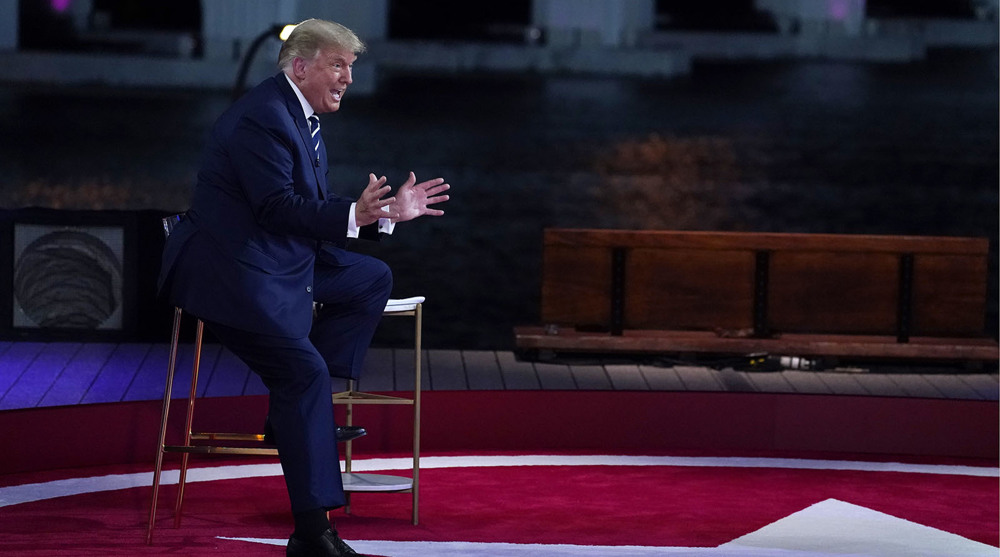 Biden attacked Trump’s handling of the coronavirus pandemic that has infected nearly 8 million Americans, including the president himself and killed more than 216,000 across the country.

“He said he didn’t tell anybody because he was afraid Americans would panic,” he told voters in Philadelphia on ABC. “Americans don’t panic. He panicked.”

"He didn't talk about what needed to be done because he kept worrying, in my view, about the stock market," Biden said of Trump. "He worried if he talked about how bad this could be, unless we took these precautionary actions, then, in fact, the market would go down. And his barometer of success of the economy is the market."

rump, however, defended both his handling of the pandemic as well as his own personal conduct, including staging a Rose Garden event at the White House where few wore masks or practiced social distancing, which led to many attendees contracting the disease.

“Hey, I’m president - I have to see people, I can’t be in a basement,” Trump said on NBC in front of an outdoor audience of voters in Miami.

Trump, who showed little interest in altering his belligerent tone, added that he “heard different stories” about the effectiveness of masks despite his own administration’s public health experts stressing the need to wear them to stop the spread of the virus.