Friday, 16 October 2020_The Donald Trump administration has sent a go-ahead to the US Immigration and Customs Enforcement Service to implement the new policy of rapid deportations of migrants. That will affect the lives of thousands of immigrants and their families. 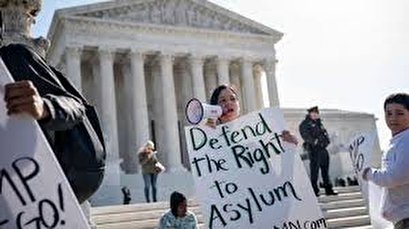 Since 2019 Donald Trump has tried to implement the so-called expedited removal. Now that an appeals court lifted the preliminary injunction that was preventing deportations, ICE officers are allowed to use this new policy across the country, which will affect undocumented immigrants who have been in the United States for less than two years.

The new measure will make official a practice that ICE agents were already carrying out, which deports the undocumented in any part of the country without allowing them to present their case before an immigration judge. According to ICE, their agents will be ready to act as of Friday.

According to figures from the Pew Research Center, about 10.5 million undocumented immigrants live in the United States, representing nearly a quarter of the country's foreign population.

According to the Tax and Economic Policy Institute, undocumented immigrants have paid an estimated 11.64 billion dollars in state and federal taxes. In contrast, according to a NY Times reporter, Trump has paid $ 750.