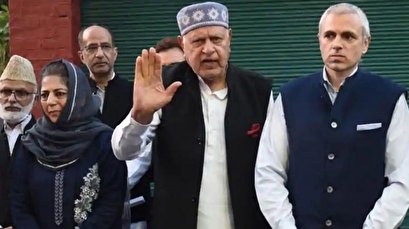 “Our battle is a constitutional battle, we want the government of India to return to the people of the State [of Kashmir] the rights they held before 5th August 2019,” said Kashmir’s National Conference (NC) President Faroq Abdullah in Srinagar, the territory’s summer capital, on Thursday, India’s Asian News International news agency reported.

The Muslim-majority Himalayan region of Kashmir is divided between India and Pakistan, which have fought three wars over its control.

Back then, Modi’s government alleged that ending Kashmir’s special status was necessary for closer integration of the territory into the rest of India.

New Delhi’s approach towards the region has been criticized as being an extension of its tolerating instances of egregious discrimination and occasional deadly attacks against Muslims on the mainland.

Over the past months, however, New Delhi has been apparently softening its attitude.

On Tuesday, it ordered the release of Mehbooba Mufti, the last of the region’s political leaders, who used to be in Indian detention for 14 months. The NC president called Mufti’s long-drawn-out detention “completely illegal and unjustified.”