Friday, 16 October 2020_The anti-settlement monitoring group Peace Now says Israeli authorities have given the green light for the construction of more than 12,000 settler units in the occupied West Bank since the start of the current year, setting a record high despite strong international condemnation of the Tel Aviv regime’s land expropriation and settlement expansion policies. 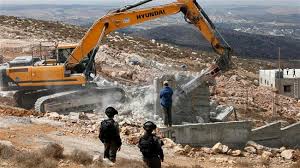 “These approvals make 2020 the highest year on record in terms of units in settlement plans promoted since Peace Now began recording in 2012,” the watchdog said in a statement released on Thursday.

“The count so far is 12,159 units approved in 2020,” it added, noting that the committee might hold another round of approvals before the end of the year.

“These recent approvals put to rest any speculation about a de facto settlement freeze,” the watchdog pointed out.

UN Special Coordinator for the Middle East Peace Process Nickolay Mladenov said the latest approvals were of "great concern" to all those who remain committed to settling the Israeli-Palestinian conflict.

“Settlement construction is illegal under international law and is one of the major obstacles to peace,” he stated, calling on Israel to immediately cease all settlement-related activities.

The latest approvals come less than a month after the United Arab Emirates and Israel agreed to a US-brokered deal to normalize relations on August 13. Under the agreement, the Tel Aviv regime has supposedly agreed to "temporarily" suspend applying its own rule to further areas in the West Bank and the strategic Jordan Valley that Netanyahu had pledged to annex.