Friday, 16 October 2020_Iran’s representative at the Third Committee of the UN General Assembly has denounced as economic terrorism Washington’s “unilateral, illegal” restrictions that are hampering the country’s fight against the coronavirus outbreak, saying America’s growing unilateralism threatens human rights across the world. 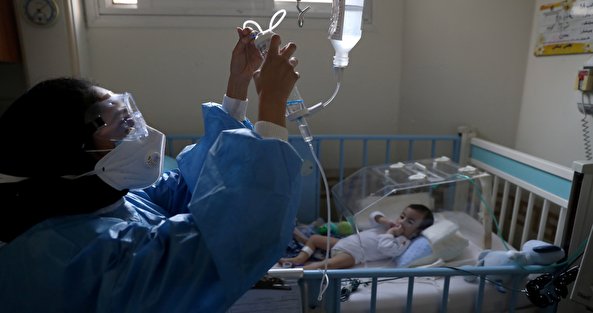 Mohammad Zareian made the remarks while addressing a virtual meeting of the committee, which was also attended by UN High Commissioner for Human Rights Michelle Bachelet, on Wednesday.

He criticized affiliated human rights bodies of the UN for their inaction in the face of “this crime and genocide, which stems from mass violations of human rights” against tens of millions people worldwide.

Highlighting the case of US sanctions against Iran, he said “the impact and scope of the unlawful unilateral coercive measures imposed on ordinary Iranians have even been exacerbated even during pandemic.”

“The US government has targeted, for political gains, my fellow citizens, in particular, the most vulnerable among them, including women, children, the elderly and those in need of medical attention. This is nothing but an act of economic terrorism,” the envoy said.

Since pulling out of a historic multilateral deal with Iran and other major powers in 2018, the US has been piling up pressure on Iran through reinstating the sanctions that had been lifted under the agreement and adding new bans.

The International Court of Justice (ICJ) later ordered the US to lift the sanctions it has illegally re-imposed on humanitarian supplies to Iran.

Share to
Related News
Iran coronavirus Live Update: Over 265 people have died
The representative of Iran: International community must unite against US unilateralism
Tags
outbreak ، denounced ، united states
Your Comment