Friday, 16 October 2020_Iranian Foreign Minister Mohammad Javad Zarif says Tehran is ready to help find a sustainable solution to the ongoing dispute between the Republic of Azerbaijan and neighboring Armenia over Nagorno-Karabakh region. 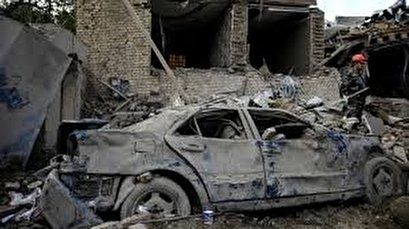 Zarif made the remarks in a Thursday phone call with his Azeri counterpart, Jeyhun Bayramov, during which he also discussed a proposal that foresees the Islamic Republic, Turkey, and Russia boosting a standing Minsk Group that has failed to resolve decades of territorial dispute between Baku and Yerevan.

Nagorno-Karabakh is internationally recognized as part of Azerbaijan, but is populated by Armenians and sought after by Armenian separatists.

Iran has been offering diplomatic intervention and inviting the two sides to exercise restraint since September 27, when the separatists in the region began opening fire on Azeri forces.

With hundreds of civilians and armed forces feared dead from the two sides, the firefight has proven the deadliest conflict between the two sides since 1992, when Armenians invaded the region with Yerevan’s backing and forced Azeris into a retreat.

Zarif’s offer came as decades of mediation by the Organization for Security and Cooperation in Europe (OSCE) Minsk Group -- a body formed among Russia, France, and the United States to supposedly remedy the conflict -- has unexceptionally fallen short of the goal.