Friday, 16 October 2020 (YJC)_ The Army said it will push to establish a surveillance system that utilizes artificial intelligence along the inter-Korean border areas to enhance its security posture. 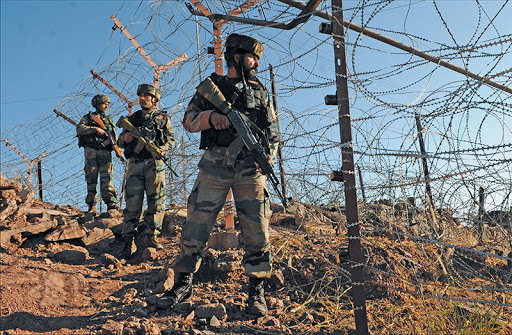 The Army said Friday it will push to establish a surveillance system that utilizes artificial intelligence (AI) along the inter-Korean border areas and coastal regions to beef up its security posture.

The move came after a series of security breaches this year, including illegal entries of Chinese people into a western coastal city on small boats and a North Korean defector's undetected border crossing back to his homeland through a drainage tunnel underneath barbed-wire fence.

"By 2023, we will establish an AI-based coastal surveillance integration system and will set up additional AI monitoring equipment at bases by next year," the Army said in a report submitted to the National Assembly for a parliamentary audit.

A total of 112 thermal observation devices (TODs) will be deployed by 2022, and 129 units of coastal surveillance radar will be put into operation by 2029, according to the Army.

It also plans to upgrade the surveillance system at general outposts along the border by 2026, while working to deploy more service members to those guard posts

So far this year, the military has installed 250 additional closed-circuit televisions (CCTVs) and deployed 107 small surveillance drones in coastal areas, the Army said.

"We will continue to make efforts to improve the effectiveness of guard operations and tighten discipline," the Army said in the report.