Friday, 16 October 2020 (YJC)_ according to Newly-conducted Pentagon Study The risk of contracting an airborne virus such as COVID-19 is very low when most people are wearing masks on planes. 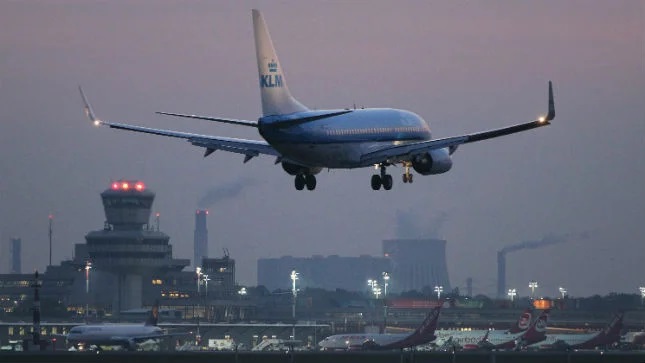 The risk of contracting an airborne virus such as COVID-19 is very low when traveling aboard a large commercial aircraft when most people are wearing masks, according to a Defense Department-led study released Thursday.

A U.S. Transportation Command-backed study found that due to air particle filtration and ventilation systems, 99.99 percent of particles released into the air from an infected person wearing a mask were removed from the aircraft cabin within six minutes of being released.

Even if someone were sitting directly next to an infected passenger, 99.7 percent of the virus particles around them would be removed in that timeframe, the study found. That’s roughly 15 times faster than the particles would take to dissipate in an average home and five to six times faster than in a modern hospital.

The study concluded that it was “extremely unlikely” passengers would be exposed to an infectious dose of COVID-19 while on a 12-hour flight.

The Pentagon study — the largest aircraft aerosol experimental validation testing to date — took place over eight days of inflight and ground tests at the end of August on Boeing 777-200 and 767-300 planes.

Researchers said they used the Commercial Aircraft Cabin Aerosol Dispersion Test, which placed fluorescent markers on aerosol tracers to measure how long they remained in the air

Mannequins, acting as infected passengers, were placed throughout the plane to simulate where the aerosols might be released from breathing or coughing, with and without masks.

More than 300 aerosol release tests were performed, according to the Pentagon.

Researchers also collected samples from “high-touch” zones and found that flat surface areas such as armrests are more likely to collect virus particle than vertical service areas such as video screens and seat backs.

The results of the study could give a boost to the commercial airline industry, which has been one of the hardest hit during the coronavirus recession. Major U.S. airlines started cutting thousands of jobs this month due to decreased demand.