Friday, 16 October 2020_French Finance Minister Bruno Le Maire has urged the European Union to slap sanctions on the United States in their dispute over state aid for Boeing and Airbus. 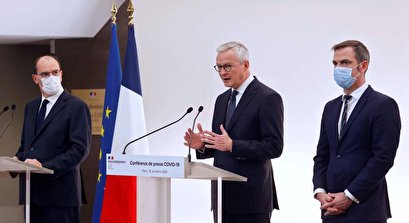 "The WTO has given us the possibility to respond and (US President) Donald Trump said outright yesterday he would continue to respond. So Europe has the possibility to impose sanctions regarding this spat between Boeing and Airbus and it must prepare, it must decide," Le Maire told BFMTV on Friday.

Brussels has indicated it is seeking an amicable solution but Le Maire dubbed the tariffs issue "a major political choice... to know if we remain powerless in the face of US sanctions or if we are capable of showing our strength when the law authorizes us to do so."

"Europe must prepare to impose sanctions on the United States as it has the right and because she has the strength," Le Maire insisted, noting Trump has indicated Washington would strike back if the EU applied tariffs to US goods, continuing the tit-for-tat exchanges.

The World Trade Organization ruled Tuesday that Brussels could impose tariffs worth $4.0 billion on US imports in retaliation for illegal American aid to Boeing.

A year earlier, it authorized a record $7.5 billion in US sanctions on EU goods for the latter's support of Airbus.

The decision was the latest development in a 16-year saga between Washington and Brussels over support for their leading aircraft manufacturers.

EU executive vice president Valdis Dombrovskis says he wants a negotiated settlement with the US, avoiding "harmful rounds of measures and countermeasures."