Friday, 16 October 2020_Russian President Vladimir Putin has proposed that Russia and the United States extend the New START nuclear arms control treaty without any preconditions for at least one year. 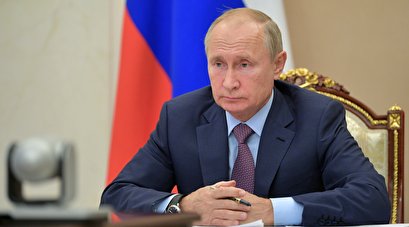 Putin made the proposal in a video call to a meeting of the Russian Federation’s Security Council on Friday.

He stressed that the treaty between Moscow and Washington had worked effectively so far, adding that it would be “extremely sad” if it were to collapse.

“In this regard, I propose… extending the current treaty without any conditions for at least a year so that meaningful negotiations can be conducted on all the parameters of the problems,” the Russian president said.

Putin’s proposal comes as the two countries appear to be at odds over extending the pact despite several months of talks.

On Tuesday, US special envoy for arms control Marshall Billingslea conditioned the extension of the New START arms control treaty on the freezing of Russian and US nuclear weapons at the current levels.

Billingslea had also implied that US President Donald Trump and President Putin had already reached an agreement “in principle” on such an extension. Ryabkov denied that claim, as well.