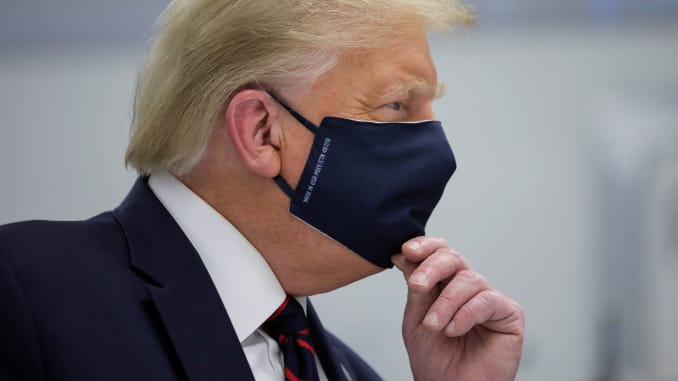 President Trump appealed to American seniors on Friday by touting his administration’s effort to swiftly deliver a vaccine for the novel coronavirus, announcing a new public-private partnership to deliver a possible vaccine to senior citizens free of cost.

During a speech in Fort Myers, Fla., Trump announced that his administration would partner with CVS and Walgreens to immediately deliver a vaccine directly to nursing homes at no cost to their residents.

Trump delivered the remarks to a crowd of a few hundred people.

The president defended his administration’s response to the pandemic, which has killed more than 218,000 in America and disproportionately impacted the senior population, and pledged to have 100 million doses of a vaccine available by the end of the year or sooner. He said seniors would be “first in line for the vaccine.”

“My message to America’s seniors today is one of optimism, confidence and hope. Your sacrifice has not been in vain. The light at the need of the tunnel is near. We are rounding the turn,” he said.

He has faced broad disapproval for his handling of the pandemic, and has repeatedly focused on efforts to deliver a vaccine quickly through "Operation Warp Speed."

The president initially insisted a vaccine could be ready before the election, contradicting predictions from public health experts, but has recently adjusted his comments as potential vaccines continue to undergo trials.