Saturday, 17 October 2020_The US government has announced a record $3.1 trillion budget deficit as the coronavirus continues to batter the world’s largest economy. 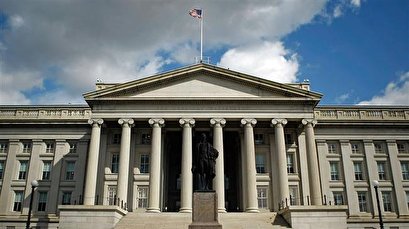 Official figures suggested on Friday that the budget deficit surged by a whopping 218 percent in the fiscal year that concluded at the end of September.

It is more than double the size of the previous deficit, recorded during the 2009 global financial crisis, and more than triple last year’s shortfall of $984 billion.

According to the Treasury Department, the government's debt has soared to nearly $27 trillion, dwarfing the country’s economy which is worth less than $20 trillion.

Treasury Secretary Steven Mnuchin said that increased spending aimed at easing the impact of COVID-19 is behind the jump in figures.

"The Administration remains fully committed to supporting American workers, families, and businesses and to ensuring that our robust economic rebound continues," Mnuchin added.

Trump has been under fire for publicly downplaying the threat of the pandemic when it broke out in the US in late February, and his handling of the COVID-19 crisis.