Shares of US gun makers gain as Biden's lead grows

Sunday, 18 October 2020 _Shares of gun makers have been gaining ground as Democratic candidate Joe Biden leads polls, and if he wins the presidential election in November there are expectations of a renewed surge in gun sales that could drive shares even higher. 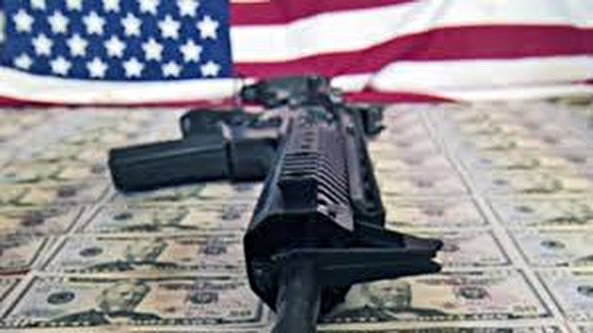 Shares of Smith & Wesson Brands and Sturm Ruger  have both rallied around 8% since late September, mirroring Biden’s widening lead in the polls since his debate against President Donald Trump. The S&P 500 is up 4% in that period.

Fears about the coronavirus pandemic, civil unrest related to protests over racial justice and worries about a potentially disputed presidential election on Nov. 3 have created a surge in gun demand this year. Smith & Wesson CEO Mark Smith last month said the industry was unable to keep up with demand.

A victory by Biden and his vice presidential running mate Kamala Harris, who favor increased gun regulation, could further stoke demand for firearms - and shares of firearms makers - particularly if Democrats wrest control of the Senate from Republicans, giving them majorities in both houses of Congress and making it easier to approve legislation.

“Should we see a Biden-Harris administration get elected, I would anticipate a surge in sales of modern sporting rifles, high-capacity magazines and corresponding ammunition,” said Aegis Capital analyst Rommel Dionisio, using an industry term for military-style rifles, a high-margin product category for firearm manufacturers.

An aggregation of betting odds by RealClearPolitics reflects a 65% chance Biden will defeat Trump, up from 55% before the Sept. 29 presidential debate.

Shares of Sturm Ruger surged nearly 900% in the eight years from Democratic President Barack Obama’s election victory in November 2008 to the November 2016 election, which Trump won. Sturm Ruger is up just 10% during Trump’s nearly years in office. During the same 2008 to 2016 period, the S&P 500 rose about 113%.