Death rate of inmates in top US prisons surge since 2016: Report

Sunday, 18 October 2020 _The number of US prison inmates dying in the country’s more than 500 top jails has climbed by more than 8 percent since the last official figure was released in 2016, most of whom were those never convicted of their alleged crime. 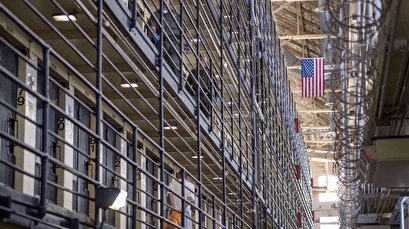 The US prison death rate surged overall in the first three years of the Trump administration to the highest point in the 12-year period of 2008-2019, after leveling off in 2016, according to an investigative report published Friday by Reuters news agency.

At least two-thirds of the deceased inmates identified in the report between 2008 and 2019 -- or 4,998 individuals -- were still awaiting their day in court and presumed innocent when they lost their life in jail, while never convicted of the charges on which they were being held.

Using more than 1,500 public records requests, Reuters surveyed 523 prison for 12 years of inmate death records – all US jails with 750 or more inmates, as well as the 10 largest jails or prison systems in most states across the country, which has the world's largest prisoner population.

The resulting database represents the largest accounting of prison deaths outside the US federal government. It details more than 7,500 inmate deaths in a universe of jails that accounts for three-fifths of the total US jail population.