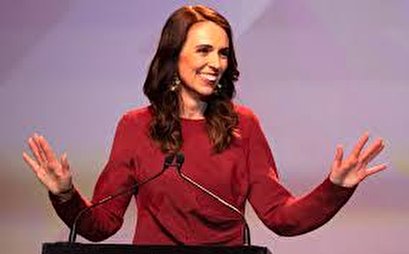 With all votes counted, Arden’s party garnered 49.1% in Saturday's poll.

Her party won 64 of the 120 seats in the country’s unicameral parliament, the highest since the nation adopted a proportional voting system in 1996.

The majority in parliament will allow the 40-year-old prime minister to form the first single-party government in decades.

Arden, however, did not say if she would rule alone or form a coalition.

Her party had been in a coalition with the Green Party and the nationalist New Zealand First party, for the last three years.

“I have been a consensus builder but I also need to work with the mandate that Labour has been given as well,” Ardern said.

“I have said to the Greens that I would talk to them next week,” she said. “I don’t want to draw any conclusion at this point.”

The Greens returned with a bigger mandate of 7.6% of the vote, but the First Party led by Deputy Prime Minister Winston Peters, with just 2.6% did not gather enough support to return to parliament.

The opposition center-right National Party won 26.8% of the votes and will secure just 35 seats in the assembly, according to the Electoral Commission.

Party leader Judith Collins said she congratulated Arden for an “outstanding result,” but promised her party would be a "robust opposition.”