Trump digs in on conspiracy theory over bin Laden raid

Sunday, 18 October 2020 (YJC) _ President Trump is doubling down on his decision to retweet an unfounded QAnon conspiracy theory. 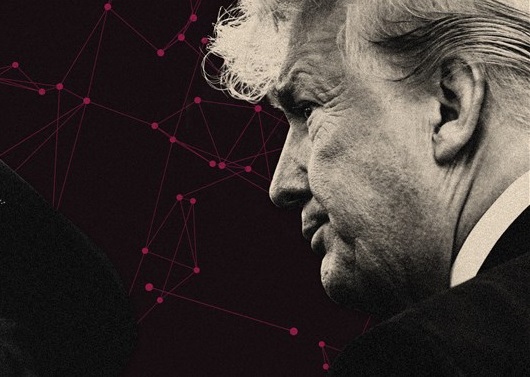 President Trump is doubling down on his decision to retweet an unfounded QAnon conspiracy theory that Osama bin Laden is still alive, a move that threatens to alienate members of the military with the election less than three weeks away.

Trump's amplification of conspiracy theories that bin Laden’s death was faked and that a body double that was killed instead comes on the heels of reports that disparaged soldiers and his suggestion that he may have contracted coronavirus from Gold Star families.

Military observers say the president's propensity to retweet suspect material about a military operation isn't likely to help win back any support.

“It’s certainly not going to help him,” Gary Schmitt, a national security expert with the conservative American Enterprise Institute, said of the retweets.

“Most of the folks in the military are there voluntarily, they're career, they’re not just there for during the term of one president. They have a good sense that they’ve dedicated themselves to a certain life and the president seems to be suggesting that, outside anything else, they’ve been fooled."

"It can’t help but shake the military’s judgement about his judgment," Schmitt added.

Trump on Tuesday retweeted an account linked to the QAnon conspiracy theory that promoted the unfounded allegation that bin Laden is still alive. The account has since been suspended, but the following day Trump retweeted a video pushing baseless claims about bin Laden's death.

“That was an opinion of somebody and that was a retweet. I'll put it out there. People can decide for themselves,” Trump said of his retweets during his town hall appearance on NBC Thursday night.

Pressed on his decision by NBC moderator Savannah Guthrie, Trump would not disavow QAnon and only replied: “That was a retweet, and I do a lot of retweets.”

But pushing the hoax, which also attempts to undermine a major military achievement that took place when his Democratic rival was in the White House, is not sitting well with some former members of the military who previously backed Trump.

Trump's troubles with the military escalated last month after The Atlantic reported that he called U.S. troops who died in battle “suckers” and “losers.”

The president has denied making the comments, but kept up tensions with the Pentagon by accusing Defense Department leaders of deciding to send forces into war to appease defense contractors.