Women march against Trump, Republicans in major US cities

Sunday, 18 October 2020_Thousands of mostly women have taken part in a protest March in the US capital of Washington DC and other major cities across the country calling on voters to oppose Donald Trump and fellow Republican candidates in the upcoming November 3 elections. 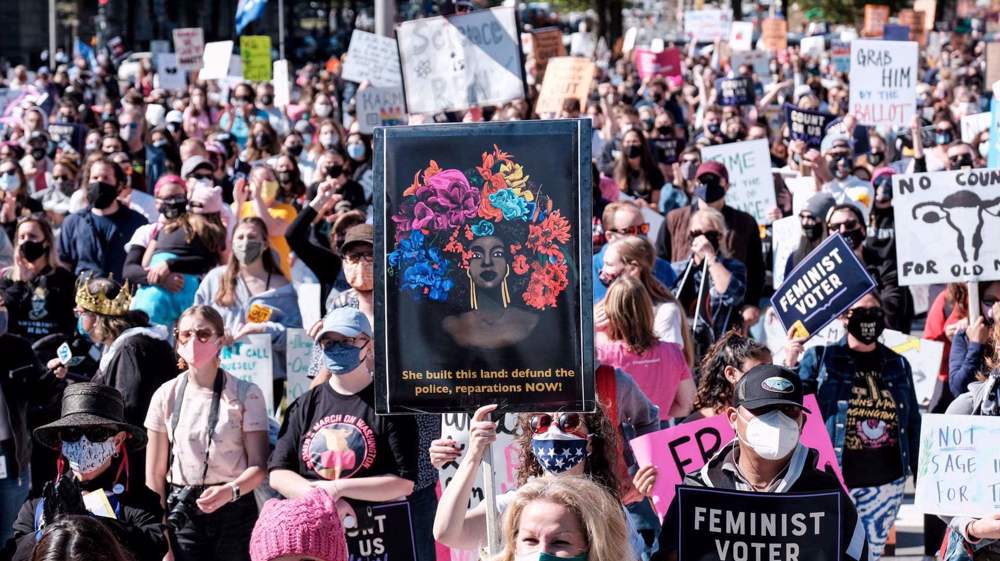 The march -- the latest in a series of protest events that began with a massive women’s march the day after Trump’s January 2017 inauguration – came during the surging coronavirus pandemic across the US with organizers pressing demonstrators to wear masks and observe social distancing throughout the event.

“Vote for your daughter’s future”, read one placard among many more carried by demonstrators who marched through downtown Washington to the Supreme Court. “Fight like a girl,” read another, according to an AP report.

Dozens of protest rallies were also planned across the country from New York to San Francisco to signal opposition to Trump and his policies, particularly his push to fill – before the Election Day -- the seat of late Supreme Court justice Ruth Bader Ginsburg, one of the high court’s most liberal judges.

“We Dissent”, said a cardboard sign carried by a young woman wearing a red mask with small portraits of Ginsburg, whose death last month triggered the rush by Trump and fellow Republicans replace her with a conservative nominee, Amy Coney Barrett.

In New York City, a demonstrator wearing a Donald Trump mask stood next to a statue of George Washington at Federal Hall during the women’s march outside the New York Stock Exchange.