Sunday, 18 October 2020_A huge explosion targeting the police headquarters in the western Afghan province of Ghor has left at least 12 civilians dead and more than 100 others wounded. 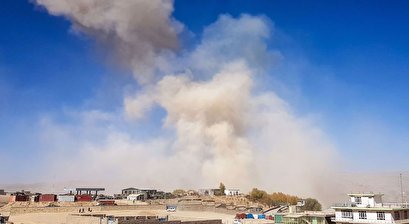 “The explosion was very powerful,” said Ghor governor's spokesman, Aref Abir, adding that the victims were being transferred to hospitals.

Juma Gul Yakoobi, a Ghor health official, told AFP that members of security forces were also among the victims.

No group has claimed responsibility for the attack.

Amid the unabated violence, representatives of the Taliban militant group and the Afghan government convened last month to commence peace talks.

In a deal clinched between the US and the Taliban in February, Washington promised to pull out all its troops by mid-2021 in return for the Taliban stopping their attacks in Afghanistan.

The war-torn country has been occupied by US-led foreign forces since 2001. Despite the occupation, many parts of the country remain plagued by militancy.

US President Donald Trump has vowed to pull US troops out of Afghanistan by Christmas.

NATO, however, has dismissed Trump’s timeline.