Sunday, 18 October 2020_Iran’s Foreign Minister Mohammad Javad Zarif described the termination of the UN Security Council’s arms restrictions against Tehran in defiance of Washington’s efforts as “a win for the cause of multilateralism and peace and security in our region”. 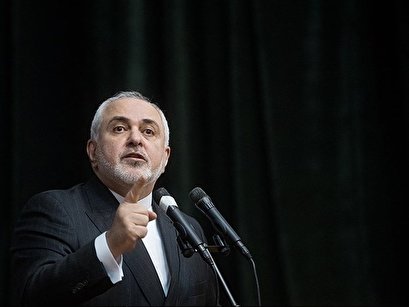 “A momentous day for the international community, which— in defiance of malign US efforts—has protected UNSC Res. 2231 and JCPOA. Today's normalization of Iran’s defense cooperation with the world is a win for the cause of multilateralism and peace and security in our region,” Zarif tweeted on Sunday.

The tweet came after the Foreign Ministry of the Islamic Republic of Iran released a statement earlier in the day, announcing the termination of UN Security Council provisions on arms restrictions and travel ban.

The Foreign Ministry said October 18 is “a momentous day for the international community,” praising the world for standing with Tehran “in defiance of the US regime’s efforts.”

The administration of US President Donald Trump suffered an embarrassing loss on August 14 as it failed to renew the Iranian arms embargo through a resolution at the United Nations Security Council (UNSC).

Russia and China voted against the motion and the remaining 11 council members, including France, Germany and the UK, abstained.