US national security adviser to visit Seoul next month 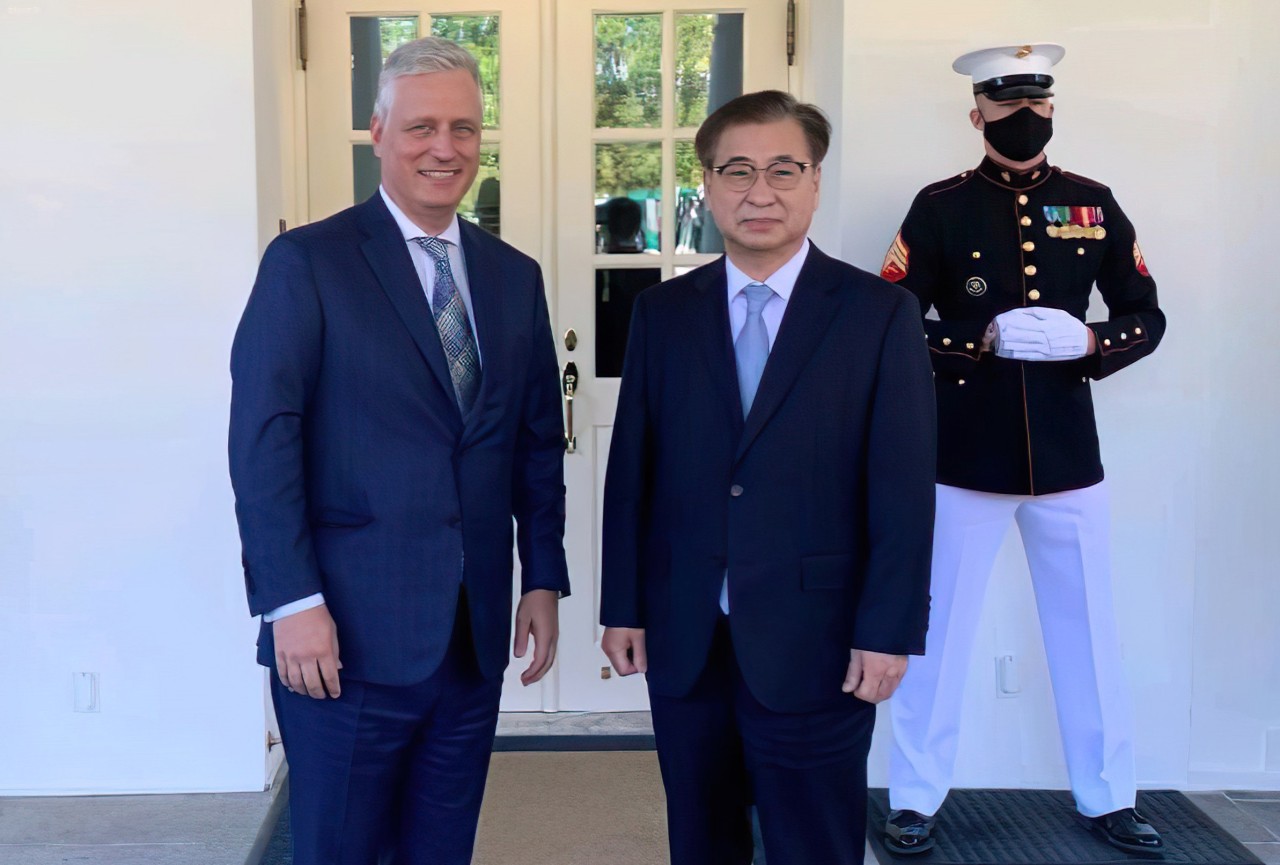 Presidential spokesman Kang Min-seok said during a briefing that Suh Hoon, director of South Korea's National Security Office, asked his counterpart to visit Seoul during their meeting at the White House last week.

Kang expected O'Brien's visit to take place after the US presidential election on Nov. 3.

During his visit, "Suh met with other senior officials, including Secretary of State Mike Pompeo," Kang said, adding that his visit "served as a chance to reconfirm strong alliance between the two allies."

Suh will continue working closely with US officials on various issues, including a defense cost-sharing deal and the resumption of nuclear talks between Washington and Pyongyang, according to the spokesman.

The two allies also agreed on cooperating in the development of vaccines for the new coronavirus, he said.

Suh also called for US support for Trade Minister Yoo Myung-hee, who has been named as one of the two final candidates for the position of World Trade Organization (WTO) director-general.