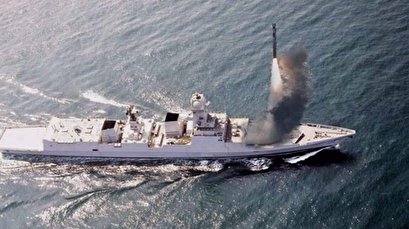 Defense sources said the missile had hit the battle practice target in the Arabian Sea with pinpoint accuracy after performing complicated maneuvers.

The new BrahMos supersonic cruise missile can fly almost three times the speed of sound at Mach 2.8 to hit targets 400km away.

“The missile hit the target with pinpoint accuracy after performing high-level and extremely complex maneuvers. BrahMos as a prime strike weapon will ensure the warship’s invincibility by engaging naval surface targets at long ranges, thus making the destroyer another lethal platform of Indian Navy,” the defense ministry said in a statement.

India had previously test-fired a BrahMos supersonic cruise missile on September 30 with a domestically-manufactured booster from a test facility off the coast of Odisha state.

India has conducted a slew of missile tests recently, including that of RUDRAM, which is the first anti-radiation, long-range missile developed in the country.