Sunday, 18 October 2020_China has passed a new law that restricts export of sensitive items vital to national security in reprisal for a similar move by the United States. 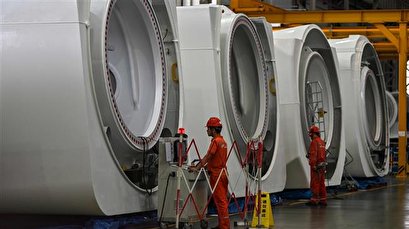 China's state news agency Xinhua said the law was passed on Saturday by the National People’s Congress Standing Committee — the country’s top legislative body — and will take effect on December 1.

The restriction on sensitive exports, as the law stated, allows the Chinese government to "take reciprocal measures" against countries — the United States in particular — that abuse export regulations to harm the economic interests of Beijing.

"Where any country or region abuses export control measures to endanger the national security and interests of the People's Republic of China, (it) may take reciprocal measures," the law said, adding that Chinese authorities will formulate and adjust an export control list of data-x-items to be published in a "timely manner.”

According to a statement on the National People’s Congress website, sensitive data-x-items entail military and nuclear products, as well as other goods, technologies and services and relevant data.

The statement also underlined that the law was “formulated for the purpose of safeguarding national security and interests.”

China’s commerce ministry issued in August a revised list of technologies that are banned or restricted for export.