Monday, 19 October 2020_US President Donald Trump has been attacking some of his most loyal cabinet members amid the fight to win reelection during a pandemic that keeps claiming lives. 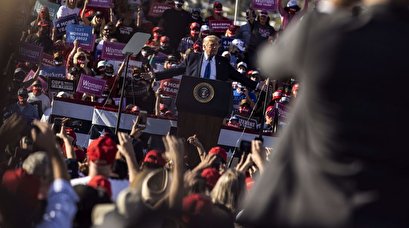 Attorney General William Barr, Secretary of State Mike Pompeo and Treasury Secretary Steven Mnuchin are among the rare minority of officials who have been able to work with the Republican president from early on till today.

“So far he hasn’t come home with the bacon,” Trump said of Mnuchin during an interview on Fox Business over his failure to reach a coronavirus package deal in negotiations with Democrats in control of the House.

Trump is also pressuring Barr to indict Obama-era officials for their role in the so-called Russia investigation that ultimately found no collusion between the President and the Kremlin.

The billionaire businessman has declined to say whether he would keep Barr if he were to win a second term in the november 3 election against Democratic nominee Joe Biden.

“I can’t comment on it. It’s too early. I am not happy with all of the evidence they had. I can tell you that,” he said.

The president has also turned his ire to Pompeo also targeted Pompeo  over his failure to find and release Hillary Clinton’s emails deleted during her tenure as the State Department secretary.

“I’m not happy about him for that reason. He was unable to get them out. I don’t know why. You’re running the State Department. You get them out,” Trump said.