Monday, 19 October 2020 (YJC) _Trump adviser says president will give Biden 'a little bit more room to explain himself' at next debate. 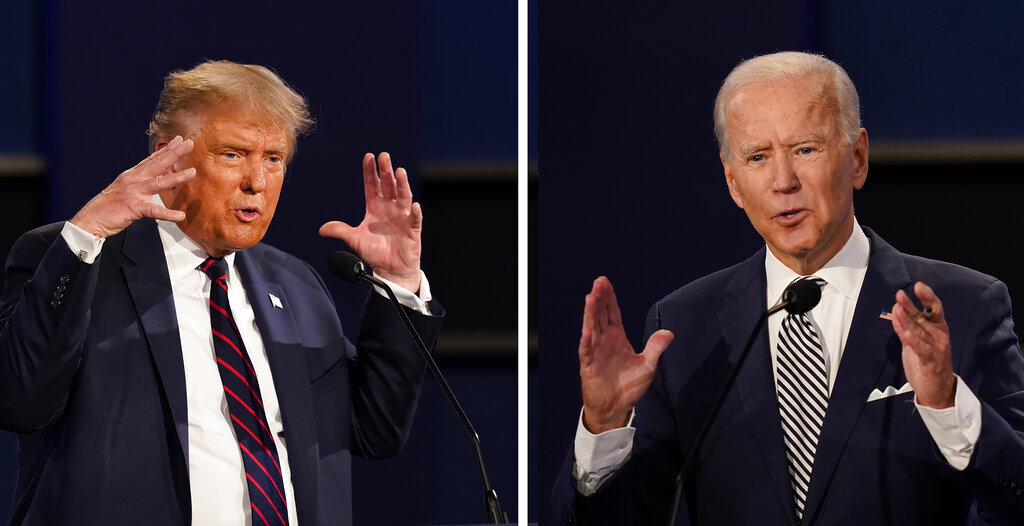 White House adviser Jason Miller said Sunday that the president will give Democratic nominee Joe Biden “a little bit more room to explain himself” at the next and final presidential debate scheduled for Thursday.

“When you talk about style, and you talk about approach, I do think that President Trump is going to give Joe Biden a little bit more room to explain himself on some of these issues,” Miller told “Fox News Sunday.”

“Fox News Sunday's” Chris Wallace asked Miller if the strategy would change from the first debate, which Wallace moderated, during which Trump interrupted Biden or Wallace himself an estimated 145 times in 90 minutes.

“I still think that's about half as many times as the president was interrupted at his town hall on Thursday night,” Miller said. “So when you look at the full picture, I think you did pretty well and I think he won the first debate.”

Miller added, “I do think the president's going to want to hear Joe Biden's answer on some of these and we'll definitely give him all the time that Joe Biden wants to talk about packing the court. I think he's going to get it on Thursday.”

“I think this upcoming debate is going to be really important, that the president is … likable, fun, have a good time,” Priebus said. “Let Joe Biden speak, and let Joe Biden defend the Obama economy.”

The first debate between Biden and Trump last month in Cleveland was widely seen as excessively combative. A Politico/Morning Consult poll after the debate found 86 percent of voters considered the candidates “interruptive,” but with 71 percent saying Trump interrupted more than the former vice president.

The last scheduled debate between the candidates is set for Thursday in Nashville, Tenn., and will be moderated by NBC News’s Kristen Welker.

Another debate was scheduled to occur last Thursday before the Commission on Presidential Debates moved it to be virtual after President Trump tested positive for COVID-19 earlier this month. Trump rejected the virtual debate, and both campaigns scheduled competing town halls on different networks that night.