Monday, 19 October 2020_Six years ago, Press TV lost one of its hardworking professional correspondents, Serena Shim. She was an American citizen of Lebanese origin, who started working for Press TV in 2007. Serena did field reports in different countries including Lebanon, Iraq and Ukraine before losing her life in Turkey on October 19, 2014. 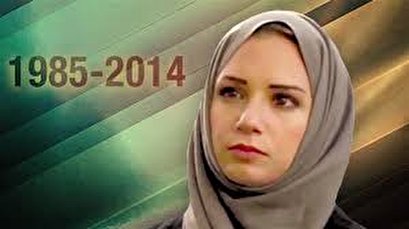 Serena lost her life in a car crash on her way back from Turkish areas on the border with the Syrian town of Kobani. She and her camerawoman were returning to their hotel after doing a report on Kobani that was the scene of fighting between local Kurds and Daesh terrorists at the time. They were traveling along a one-way, three-lane highway in Turkey’s Urfa province, when a truck crashed into their vehicle.

Turkish officials said it was an accident and blamed the camerawoman who was behind the wheel. The two women were transferred to different hospitals. The camerawoman suffered no life-threatening injuries and survived. But, for Serena, her family quoted Turkish officials as saying that she died at the scene. A month later, however, they were told that Serena had passed away due to a heart failure at the hospital. The conflicting accounts, coupled with Serena’s earlier comments, raised suspicions about her death. Just two days before the incident, Serena had told Press TV that Turkey’s intelligence had accused her of spying.

In the weeks leading into her death, Serena had exposed links between the Turkish government and Takfiri militants fighting the government in neighboring Syria.

So far, no Turkish probe has taken place too. Serena’s mother, in interviews with different media outlets, has said the fatal incident was not a mere car accident. She believes her daughter paid the price for telling the truth.

Many more are still questioning the circumstances surrounding Serena’s death; family and friends want justice for her. Serena was 29 when she died. She left behind two kids and was laid to rest in a cemetery near the Lebanese capital Beirut.